We've been using UX on our team for a few years now and overall we're pretty happy with the product. We have a LOT or projects in UX pin (50+). One thing I would love to see is improvements to the projects screen. The dividers between project groups aren't very visible and scanning that page can get a bit overwhelming.

I'd love to see an area at the top that shows my last 4-6 projects I've worked on. Typically I'm only working on a handful of items at any give time but having to scroll around and remember what I opened last is a pain.

I feel like that screen could use a lot of cleaning up for teams that have a lot of projects.

In UXPin you can ask and answer questions and share your experience with others! 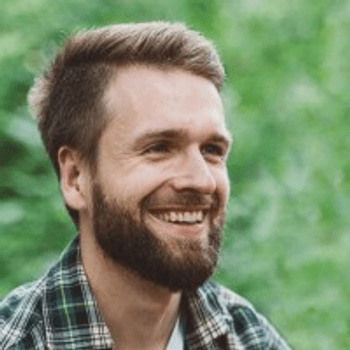 thank you for sharing the feedback! Can I ask if starting or tagging your projects would also help you manage the current/ongoing projects?

If you mean do I think tagging as a new feature (unless it exists and I'm missing something) would be useful to be honest I don't know that it would offer more than the project groups already do.

Tagging means I have to remember to tag a project then I'd still have to search for it etc.

Vs just a section at the top labeled "Recent Projects" and show the last 4-5 projects I opened. I don't even have to think about it there's nothing needed on my end the projects just show up. This is similar to "Recent documents" in say word, photoshop etc....

A future update could make it so that users who don't want that area can turn it off.

The notion that I don't have to do anything special that it just shows up is what's appealing. As I noted I'm usually working on the same handful of projects at any given moment.

Ok, thank you very much for additional context : )

I agree @plemoine@wawanesa.com - I'm not a fan of this screen and its layout. But if it helps, I never go to this screen. I just bookmark each one of my projects and open up what I need to work on directly from the bookmark. Maybe try that until they improve this page?