What is the next feature you will like to see in UXPIN?

Let's start sharing and tell UXPIN team why it should be implemented in 2021!

In UXPin you can ask and answer questions and share your experience with others!

Just to name a few.

If they open-up the plug-in ecosystem once, there's no competition to this tool!

Yeah the lack of eyedropper is SUCH a pain!

A wider variety of touch/motion gestures, for example:

talking about interactions, I need a open modal window interaction then doing it manual ourselves.

UXPin is great for concepting and prototyping, but this feature is a dealbreaker for building a truly flexible design system.


1. Layout grid being able to be global to every screen in a prototype.
Who uses a different grid for every screen in an app in the real world? No-one! (If you need to change your grid, you have to update it on every screen/page.

2. Ability to edit components inline, where they are in the design. It sucked when Sketch took this away, and is not how designers work. At the very least, allow layout grids to show when editing components, how else are we able to line up where things in the component should be in relation to the rest of the design?

3. Make Pull / Push managing of components easier to understand, with better support IN the app, rather than in the help documentation. It's the hardest thing for new users to get their head around when you're onboarding a new team member and lets people make mistakes all the time and lose work.

4. Ability to display prototypes in a wireflow format - basically, Overflow.io inside UX Pin. This would make you the only design tool that provides this very necessary part of the design workflow in one tool.

5. Keep Material Design library up to date! There are so many things missing, esp. icons, it's a real pain to not have what the devs have.

6. Provide ability to use rem for font sizes - it's impossible to work with dev teams using em or rem instead of pixel font sizes, they just don't translate. We all need to be able to speak the same language!

7. Ability to crop a bitmap inside UXPin (like you can in Sketch).

8. More affordable permissions structure. If I want a writer to be able to collaborate on a prototype, say altering website copy, they need to have the same permission level seat as I do, which makes it too expensive for anyone to want to bother with. So we don't get the benefit of collaboration. When in fact that person should just be able to have a basic account for the time we need them to collaborate, and that's it.

9. High resolution export of a single page at a time - without having to export the whole prototype and the designs will not be suitable for HiDPI display. A big reason designers don't want to design in UX pin is that they don't get to keep portfolio-ready versions of their designs. We need these to get our next job.

10. The ability to export UXPin libraries / Design Systems as some kind of file that you can import into another UXPin account. If you're a contractor and you want to be able to bring your own library with you to a new UXPin account to 'hit the ground running', right now, you really can't and have to build components and things all over again. This is another major reason designers won't use UXPin. Because they don't get to keep their work unless they want to pay for a pro version of UXPin themselves, and even then, copying things from one account  to another either isn't possible or doesn't happen completely - copy prototypes from one account to another, even with the help of UXPin team required, usually ends up with a broken copy.

If anything of these things are already done or in the pipeline, I'd love to know!

What we want to know is are these requests even being considered or not. @Chris Stryjewski

we do not need marketing words but the hard truth. to be honest if they are in pipeline, that is where the community can help and not avoid being discussed

There are many areas lacking. One I need most is auto layout and component to support auto resize.

please add double click to enable image crop and zoom. These are very basic and should not hide in the UI.

I need color styles that I can define for design system and update elements in real time.

@Linus Lim, @jasmine@uxnz.org, and in fact, anyone here in the community.

I want to go with as much transparency as I can, so no sugarcoating, and please hear me out.

There are 2 things we decided to focus on right now. 90% of our focus goes to Merge and the remaining 10% goes to the performance.

Let's start with the latter one. Performance is nothing sexy to communicate but it's crucial for us to serve you with a decent level of experience. We're improving, but it takes time and we want to keep dedicating some of our capacity there to make sure we're moving forward, not backward.

As for Merge – we have always believed that design and code go together hand in hand. This philosophy has been deeply embedded in our culture and UXPin's mission from the very beginning and it is still so today.

We believe that Merge is something BIG, a true gamechanger for the whole industry. We've done quite a lot in the past 6 months+ to push this project further, so if you're wondering where all the work went – it's right there. And so far it has paid off – we've seen some great response from the teams we're working with on implementing this new technology.

And yes, Merge is the enterprise-focused product – at least for now – but we're working on enabling it to the wider audience and include it in some form on other plans. And when this happens, we'll make quite a big update out of it.

Now, even though those two areas are our primary focus, it doesn't mean that we're abandoning UXPin Classic. The feedback you're sharing here with us is actively gathered and organized in our product development platform so that we can start developing the right features once we have the capacity to do so. Please believe me – all those requests are duly noted and we really appreciate that you keep posting them. Even though we can't work on them straight away, we'd love to keep them coming.

I hope that this clarifies things a bit : ) The Merge revolution won't happen overnight, but this is where we're making our bet. And once it's there, we'd be honored if you joined it.

Well said! I always believed in Merge since the inception and first ever demo. And I see why you guys are pushing it, it perfectly makes sense as well!

But for the meantime, only one and most important thing you can do is open up the space for third-part plugins/developers and see half of your feature requests are fading away! Please please, give a serious thought to this and introduce if it's technically possible.

Third party plug-ins and collaboration (which you already had but very costly) are the two most important reasons why Figma grew to the stage where they're right now!

If you're calling your product a single tool to all things design, LET IT BE!

From true lover of UXPin!🎉

@Chris Stryjewski thanks very much for the update. It's good to know these things as we are developing strategies for our teams and design ops.

I had a demo of Merge and it certainly looks amazing - VERY pleased to hear that it may be available on other plans soon (available on Professional plan seems fair!) as it's just too expensive for smaller teams to go onto Enterprise plan when they don't otherwise need to - not everyone is earning in $USD and costs are twice as high for many.

Would be amazing to see some kind of public roadmap so we can get a sense that things are 'on the list' because as others have said it just doesn't feel like anything is changing in recent years.

Another question I have - on Professional plan, you cannot provide access to another team member to only one project - is that still correct? This is a real problem. As a design 'Professional' I need to use UXPin across several clients (mainly because I can't take all my Design Systems / libraries with me easily into new accounts), and I cannot be giving access to other people's work. Do you have something on your roadmap to address this issue?

Jasmine, thank you very much for your kind words. As for the feature you've mentioned... let me followup with you over email.

I also wanted this! Do we have any solution? @Chris Stryjewski 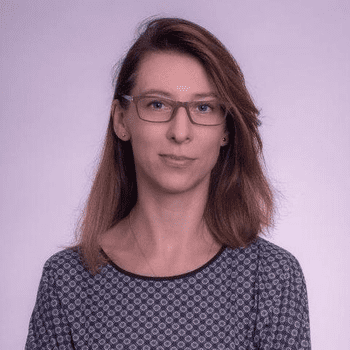 Hi! So, I wonder how it works. Who would be the person you want to give access to a project and why? Why in such a case a preview link is not enough?

So as a freelance designer we work with several clients with a project lifeline as short as 1 week and as long as 3-4 months. Now, due to the rise of remote work and design awareness, clients are becoming so familiar with the tools like Figma and Miro which gives you real-time access to the design file and a sense of democratisation to the non-designers.
Currently, the main thing UXPin suck at is its pricing. Even though being the browser-based real-time collaborative tool from the "pre-Figma era", it has no such benefits to the users due to pricing.
If you can open up some "guest seats"(maybe up to 3 users) at a workspace level as well as at a project level, it'd be great. Once the project has ended, we really don't need that person and certainly, we don't want to share our entire workspace for the sake of sharing one project.

@Meet Shah, @jasmine@uxnz.org Anna and I would need a bit more details about the usecase you're looking for here. From what we can tell now – we do have this functionality. If you add another user to your account (as a paid seat) you can mark which projects and design system libraries they have access to. Although, please note that this is something that is available on higher tier plans only.